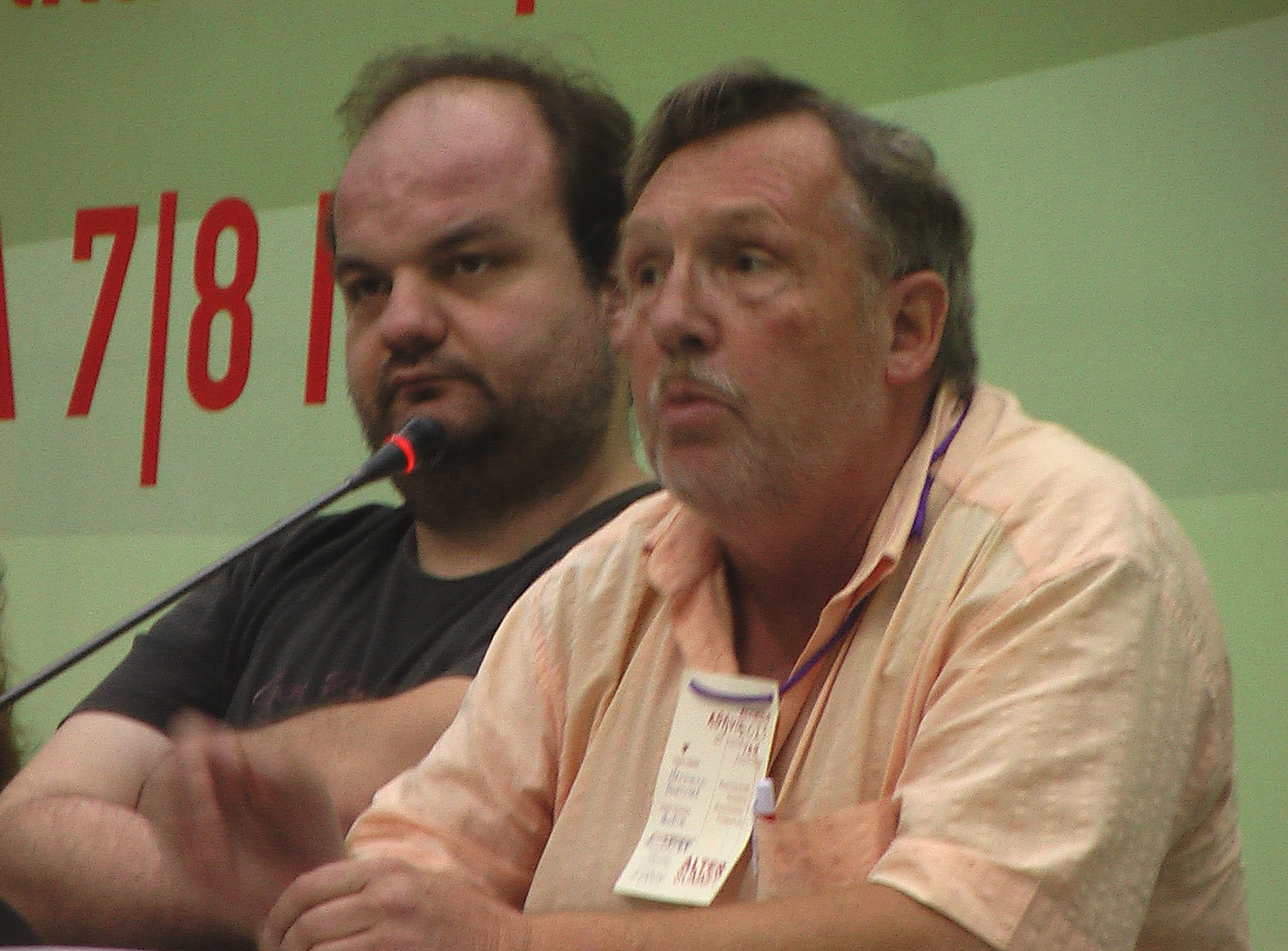 What we see today is the open outbreak of crisis of capitalism and civilisation with both economic, social, ecological and political dimensions. Those in power have neither the ability nor the interest to solve these crises. Either neoliberalism or neokeynesianism does not give a way out of the crises. In the case of neoliberalism this is obvious. But also neokeynesiasm can make only small “corrections”- without dealing with the basic structures of the capitalist societies of endless competition and never ending growth of use of natural commons on a finite planet which led to the present crises. Furthermore there is also a lasting crisis for authoritarian planned economy seemingly making alternatives to the present development model impossible.

The result of these general trends – which was presented in the different country reports of Prague Spring II (PS2) Network at Firenze 10+10 last November – is the ongoing and deepening of the multi-dimensional crisis. And as a consequence, many fundamental human, democratic, political and social rights are violated and the strong advance of new forms of racism, right-wing-extremism and right-wing-populism are on the rise. This is a symptom of trends sweeping in whole Europe. The Nordic countries are not exceptions at all, where a new kind of racism against the „lazy” Southern Europeans is emerging.

In France, Switzerland, and Austria, right-wing parties known for racist and nationalist platforms have gained ground. Germany’s neo-Nazis are seeing a renaissance as well. In Greece, a soccer player was banned for a Nazi salute. But nowhere in Europe has a nascent fascist movement made greater inroads than in Hungary, where the far-right Jobbik party (Movement for Better Hungary) has staked a hold on the hearts, minds, and Facebook pages of Hungarian youth. The party won 17 percent of the Hungarian Parliament in 2010 and has only gained ground since. By today it has become the second most popular party, which mainly benefited from the public’s reaction to harsh criticism of Hungary in the Western media and the EU. The multi-dimensional crisis, the constantly dropping standard of living, the growing poverty has led to the establishment of the racist para-military Hungarian Guard and its new variants, too.

The European Union’s Parliament has roundly criticized Hungarian Prime Minister Viktor Orban for not speaking out against extremist riots, rallies, and speeches, while reports of violence against ethnic minorities increase. Despite Orban’s insistence at the recent 2013 World Jewish Congress that his government is not anti-Semitic, and that he will not tolerate hate, his actions suggest otherwise. He has failed to establish a strict line between his center-right Fidesz party and the far-right Jobbik, and he has been reluctant to take on its policies.

After the end of the Cold War the peoples of the ex-socialist countries were suddenly confronted with the phenomenon of globalization. West European companies pushed into the CEE market and contributed to the creation of a savage capitalism. The weak anti-capitalist forces were unable to put up any resistance to this process. At the same time the preparations for EU integration were pushed through. It is little wonder that many people experienced globalization as an invasion or siege, and integration as dictates, colonization or at best the simple exchange of the Soviet Union for the European Union. Many people now see themselves in the role of the victim.

The fall of the so called „communist” regimes in CEE left an ideological vacuum. A seething ideological mix came to the fore in many countries, made up of anti-Semitic, anti-Roma and racist stereotypes, nationalist prejudices and elements such as militant anti-communism, revisionist ambitions and a vengeful fundamentalism. The advance of right wing extremism (RWE) is closely connected to the crises of CEE „new capitalism”. In this region under the banner of freedom and democracy the neofascist political groups and parties are legally marching. Neofascism is financed by the domestic and foreign capitalist groups and individuals, representatives of local powers.

The nation-state arrangements of the new power elite of CEE are the more extreme:
the more the idea and the praxis of the independent nation state are linked with the fascist, anticommunist tradition, the more they are nationalist-fascist. In this respect Ukraine, the Baltic region, Hungary and Croatia are the most frightening, i.e. where the Nazi collaborators played an important role during the second World War (e.g. in Latvia – the glorification of Ulmani’s regime).

As for the CEE realities are concerned we can see that this part of Europe consists of at least three different regions/subregions, where new systemic change is taking place, namely:
1. In Russia – Ukraine – Belarus – Bulgaria: wild authoritarian regimes are on power, their function is to push and implement the neoliberal agenda. 2. In Hungary and Poland (and also West Ukraine): strong authoritarian regimes rule, vivid neofascism is prevailing, in Hungary: neo-Horthyst, neo-Arrow Cross movements are on the rise. The present ruling right wing Hungarian government with its 2/3rd majority has been changing the bourgeois democratic institutions and introducing a semi-dictatorial system. 3. In Slovenia and Czechia the neofascist tendencies are less visible and these countries have a better chance to „catch up” to the Western type of „welfare societies”.

In the Balkans the RWE is fitting to the global phenomenon, especially after the events of 9/11. All of the Balkan countries, including Serbia, have significant economic problems and some parts of the society really suffer and are scapegoating other groups (ethnicities) who are supposed to be responsible for that. Every group, every community in the ex-Yugoslavian geography sees itself as a victim of the violent events of the 1990s.

In Serbia the growth of the RWE is directly related to the end of the Yugoslav wars, which were accompanied by great economic strife. Moreover, there are still significant political actors aiding this trend (e.g. the Serbian Radical Party, Obraz, Blood and Honor Serbia, National Alignment, Rasonalisti Srbije) . The Serbian radical right is considered not only as a threat to the security of individuals or society, but also as a serious danger to state security. It has become a source of either domestic or cross-border conflict several times. Some Serbian groups try to show that the Serbians who suffered most. In addition, some parts of society are still living in a conspiratorial world. They think that the Western countries are trying to divide Serbia into different pieces and Kosovo is a good example of that. The difficulty of adapting to the globalized economy is an additional important factor. Furthermore, Serbia, Croatia, and even Bulgaria, did not face their own pasts. In this CEE subregion, we can see an additional factor, namely the Ottoman past, which was taken as something negative. The gap between different ethnicities and religions is not decreasing, it is unfortunately increasing.

In Romania extremist attitudes are a relatively frequent phenomenon. One may find supporters of extremism in all age, social, and educational groups (the small, weak middle class plays an obvious part in this respect). The most serious and dangerous form of extremism was and still is ultranationalism. Political ultranationalist forces and forces inside the Romanian Orthodox Church (BOR) have proven directly interested in the perpetuation of extremist behavior. Some groups, connected to the old communist regime, have generally been involved in extremist manipulation, especially those of the intelligence service.

Extremist incitements come in the shape of statements, discourses, platforms, ideologies, other civil or political manifestations. With the exception of the political machinations of 1990 and 1991, and the attempted coup of 1999, racially or ethnically motivated violence targeted exclusively the Roma population.

Movement convergence in a time of multidimensional crisis

There is a need for every movement in this time of social and environmenal crisis to strengthen both single issue tactics and multi issue strategy as well as to combine defensive struggles to protect common welfare and nature with a constcuvie work for a just transition of both rural and urban areas for social and ecological justice.

The neoliberal regime and growing authoritarian tendencies in all parts of Europe have fragmented society. There is a sharp decline in the ability of the development model promoted by the EU and most other European states to solve any social and environmental problem. Instead we see growing racism, right wing extremism, selling out of the welfare state, new wars and EU in the front of a global struggle for a new way to create financial speculation bubbles and strengthen corporate rule by putting a price on nature and privatize the public sector. But we also see disparate and yet important tendencies to democratize societies.

Collective actions against racism and protection of common welfare and environmental values are initiatied in many places. The present economic model giving no way for democratic influence is challenged. Collective efforts are made to establish other forms of economy locally, nationally and internationally both by mainly struggling here and now by economic means and politically defend and develop commons and the public sector against the corporate interests.

The Prague Spring 2 Network against right wing extremism and populism (PS2) makes two initiatives in the Altersummit process, one on the issue of racism and right wing politics, the other on the wider convergence of movements in a time of social and environmental crisis.
Confronted with these above mentioned unfavourable developments the movements and the progressive forces have 3 duties:

– They have to be in the forefront to defend the social, ecenomic, democratic, ecological etc. interests of the masses. They have to give concrete answers on the immidiate needs, show – even small – alternatives. And they have to fight against the far right in all its forms – with arguments and counter-mobilisations. This fight is to be the part of fight against the current social, economic, ecological catastrophes.

– At the same time the movements have to stress that a real defending of the interests of the masses leads beyond the borders of the present society, a society where people are more important than the “logic of profit”.

– Greece is today the central place where those in power tries to make an “example”. If they succeed here they will try to implement this “model” in other countries, too. So, one of the main activities of the movements and the progressive forces has to be to give the fighting Greek masses tangible international support and to express solidarity!

Concrete proposals for the Assembly on the far-Right

1. We need to address RWE at European level, to call for a broad international conference against neo-nazism and far Right in Europe in the course of next year with the aim to create sub-regional (e.g. CEE, Nordic, South-European) forums for support of those movements that are working to prevent and tackle RWE.

2. We need to strengthen our theoretical work and to clarify the overlaps between different RWE groups, grass root far-right movements, individuals and political radicalism (e.g. regularly analysing the activities of the right wing extremist parties working in the framework of liberal democracy).

3. We need to establish an European-wide network to disseminate and transfer knowledge about RWE, anti-Islam and anti-immigration movements based on etno-nationalism.

4. We need to organize international actions, like in Dresden against the Nazis who tried to march through the city, or solidarity against the fascistss of the „Golden Dawn” in Greece.