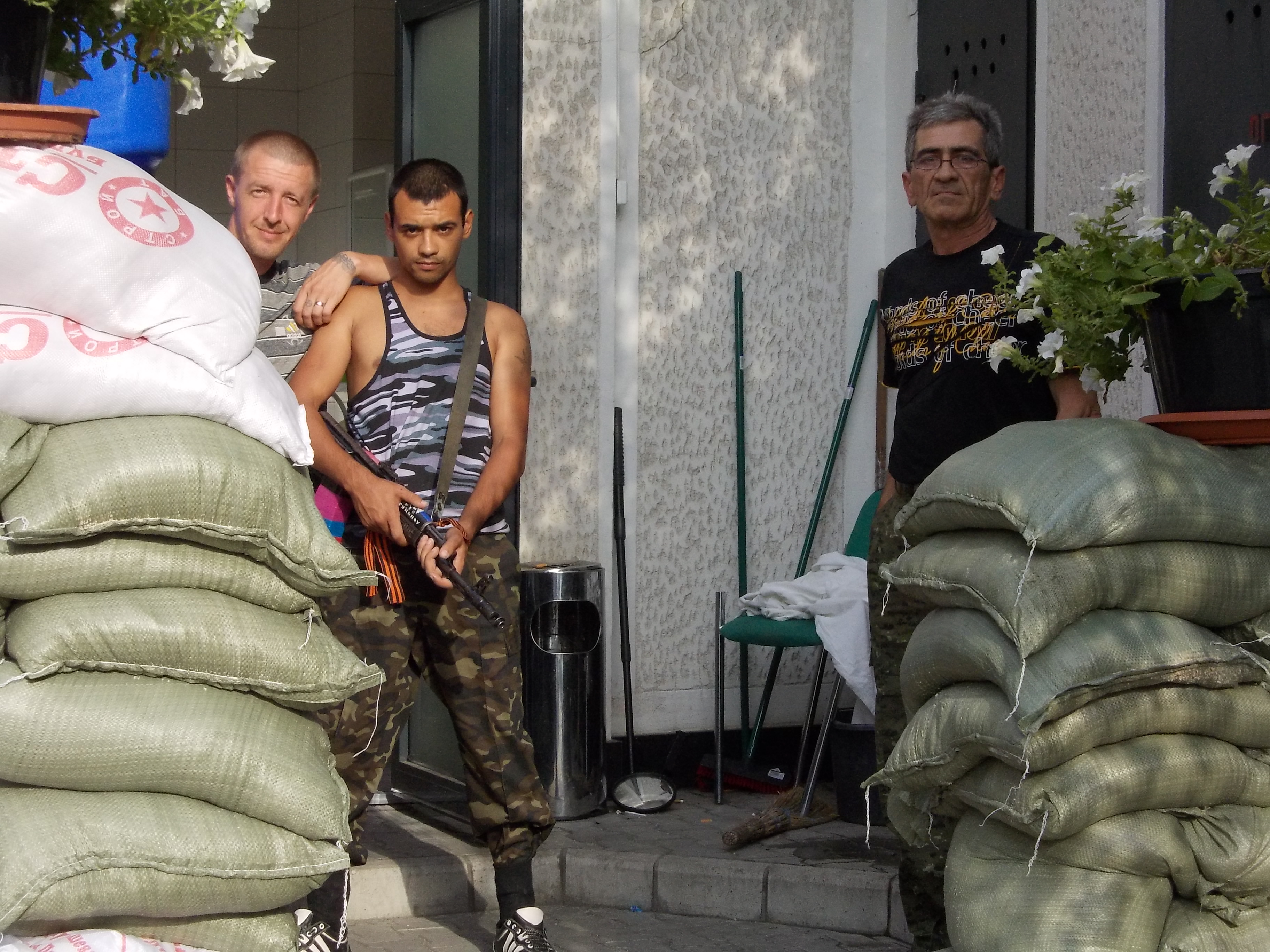 The developments in Ukraine is changing so quickly that my report might be outdated now. Anyway I am trying to summarize my Ukranian experiences as follows:

We spent the first 3 days in Kiev and visited trade unions, met a lot of Maidan activists, a high ranking Svoboda leader, as well as outstanding cultural figures. The Ukranian society seemed to be very critical with the politicians, people were frustrated by the high level of corruption and were fed up with the oligarchic system.

It seemed to me that the pro-Maidan people wanted only a reform, they had in mind of a kind of good capitalism with human face. Strong pro-European Union sentiment is pevailing in Ukraine. However, the struggle between Tymoshenko and Poroshenko camps is still ahead of us.

The average attitude of pro-Maidan people was strongly anti-Communist and anti-Russian. Some of the people we met in Kiev said that „Maidan has fulfilled its role”: Ukraine had got rid of the corrupt oligarchs and they have now a new President: Petro Poroshchenko as a result of a more or less democratic election process. It is controversial that Poroshenko himself is also an oligarch, having confectionary business, and often referred to as a Chocolate King. His promises to normalize relationships quickly with the Russian Federation, as well as to put a fair share of burden onto big business and the oligarchs, to re-privatize on a mass-scale seem all to be unrealistic.

However, Maidan was still standing, but there were rumors about the soon   cleaning operation: removing the tents and the baricades from the square. Also it was a general opinion that in the East Ukraine (in Luhansk and Donetsk) an extended war was looming in the winds with the participation of the superpowers.

In Kharkov we had the chance to meet some members of the anti-Maidan movement (Borotba-people). They were hiding (in clandestine) and very much afraid of being attacked. One activist said: „At the beginning of spring our organisation Borotba was one of the leaders of the protest movement here in Kharkov. The Kharkov government and Maidan activists made evrything to turn these protests and make us illegal. In the middle of April there were two times when policemen and two men without any marks entered our office and tried to put (deploy) Molotov cocktails and wepons there. The first time they did not manage what they wanted (they were unsuccessful). The second time was a lot of people, most of them civilian. No one of them showed documents, they just crushed everything, destroyed all the technics, the computers we had in our office and took them away. No commentaries, but the mayor of Kharkov said that he did not know about it and was not his action. Later, it was in May when an activist, namely Denis Lewin was attacked during a meeting in the square, namely a bus of people dressed in black tried to kidnap him. It was almost in the middle of the day. The people on the square did not allow it to happen. After that he left Kharkov. On You Tube there is a video about this incident. The black dressed people   were using guns, but they did not shoot on people. After that time our organisation is half-illegal. We have not got office here anymore, we cannot show our flag, or our symbols on the square, because it is really dangerous.”

From Kharkov we went by train to Donetsk, where we had the chance to meet Denis Lewin and some of the key figures of the Donietsk People’s Republic. Despite the high security measures, and the bomb shelling of the city outskirts we were in a quite safe situation. In the downtown everything seemed to be calm, I saw no sign of a real war. I had the feeling that the local people supports the rebels for promises of order and Soviet values. The Donbas region has about 7 million inhabitants. The military action area is around the cities Sloviansk, Donetsk and Luhansk, where 3 million people live in fear. Most people did not work, but life went on. There was water and electricity, restaurants were open. The participants of Anti-Maidan mass protests at the end of April expressed their disagreements/and total refusal of Ukraine’s new government. The everyday battlefield was between the Ukranian Army and the highly professional battalions of the „separatists” (e.g.Strelkov’s group) helped by many local volunteers.

„The „result” of the civil war is at least 2,086 people have been killed in the East since mid-April, including civilians, the military and members of the armed groups, Nearly 5,000 people have been confirmed wounded. Ukraine said on 11 August that 468 of its soldiers had been killed. The rebels have reported losing at least 800 fighters” – the UN said on 13 August

UN refugee agency said: „Nearly 300,000 people have been forced from their homes this year. More than 117,000 are displaced inside Ukraine, 87% of them from the Donetsk and Luhansk regions, while a further 168,000 have crossed into Russia.”

The humanitarian catastrophe is enourmous and the declaration of our Fact Finding Mission is still valid: „It’s still time to stop the war” and start a negotiaton process.

P.S. There are many video and audio recordings about our Fact Finding Mission available on Youtube as well as recorded interviews with Pro-Maidan and Anti-Maidan activists. Anyone interested please contact me: benyikmatyas@gmail.com