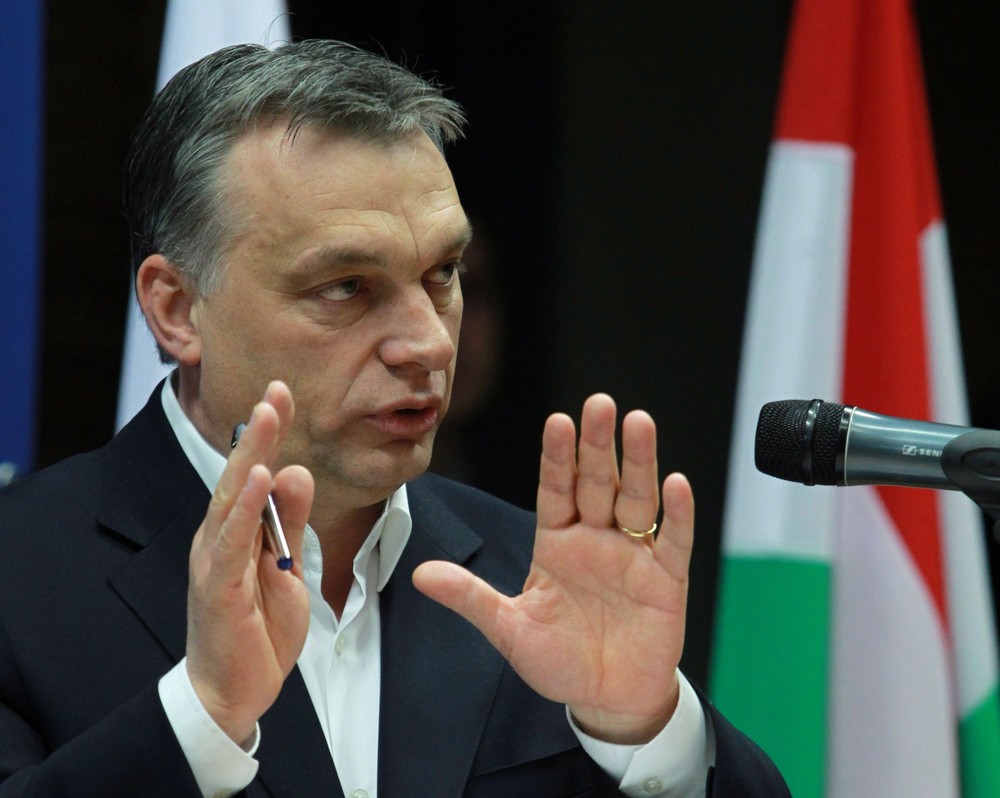 Since the refugee crisis escalated in early 2015 the Hungarian government has been employing a campaign of „hate propaganda”. Prime Minister Viktor Orban likes to play his new role as a policeman at the southeast gates of Europe.

Last September a 175-kilometre razor-bled steel fence was built along its Southern border (between Hungary and Serbia) to stop migrants and refugees, many of whom arrived in Greece fleeing war in Syria, Iraq and Afghanistan, and tried to travel North to settle in countries such as Germany and Sweden.. The Hungarian army has launched a war to stem the flow of refugees and migrants into Central Europe. In September 2015, Hungary introduced legislation making it a felony to climb, breach or damage the fence.

Hungary’s record of accepting a tiny fraction of asylum applicants has rendered it virtually impossible to enter the country through designated border crossings. Only 146 of the 177,135 applicants were granted asylum in Hungary in 2015, according to the government statistics. Many of those started the asylum process and continued to Western Europe.

Viktor Orbán – as a defender of Europe`s supposed Christian character, one of the staunchest critics of welcoming refugees from Syria and beyond – has taken an increasingly anti-immigrant stance since the refugee crisis escalated last year. He opposed a plan, agreed to by a majority of EU governments in last September, to redistribute 160,000 migrants around the bloc.

Together with Slovakia, Hungary has launched an EU court challenge against the plan, which would set quotas for each EU country to host a share of the asylum seekers over two years. The Hungarian government questions the legality of any mandatory quota system and made it clear that it would veto any such arrangement.

Orbán announced on 24 February 2016 that the government would initiate a national referendum on the mandatory migrant quota. In the referendum the following question will be asked: “Do you want to allow the European Union to mandate the resettlement of non-Hungarian citizens to Hungary without the approval of the National Assembly?”

In early March, the Hungarian government extended a state of emergency to the entire country, citing the ongoing refugee crisis. The interior ministry announced the deployment of an additional 1,500 soldiers and police officers to the Serbian frontier.

The proposed new system to be introduced for the resettlement of asylum seekers or to pay deliberately prohibitive fees of 250,000 euros ($289,000) per asylum seeker are strongly refused by the Orbán government.

On 10 May 2016 Hungary’s Parliament approved with a majority of 136 votes for a national referendum on the EU’s mandatory migrant quota scheme. The initiative was supported by the MPs of the ruling Fidesz and Christian Democratic parties, and the opposition far-right Jobbik. Though opponents on many domestic issues, Fidesz and Jobbik have found common ground in their shared stance against the presence of refugees and migrants. Hungary’s left-wing opposition parties (i.e. MSZP, DK and Együtt) slammed parliament’s endorsement of the referendum. The referendum will be held in September or early October 2016.

Parliament also passed a package of amendments that will reduce social benefits for migrants, making them eligible for only some types of benefits that Hungarian citizens are entitled to. The amendment restricts migrants’ stay in reception centres to just one month, from the current two. Further, the new law makes it legal to detain migrants who may later be sent back to other countries from Hungary under the Dublin III rules. Lawmakers also tightened the rules for applying for a residence permit as a significant number of citizens from developing countries had been found to be abusing the application system in a way that later prevents authorities from expelling them. Parliament also voted to make it easier for the state to issue residence permits „out of national economic interests”.