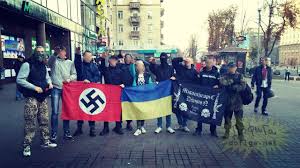 Today dramatic events are taking place inside Ukraine. Human rights are violently trampled, various national minorities living on the territory of Ukraine suffer harassment and direct threats. The new law on education in Ukraine, adopted by the Verkhovna Rada and signed by President Petro Poroshenko in September, was originally conceived as one of the key reforms in the country. This law provides for a complete linguistic monopoly. National minorities are guaranteed the right to learn in their native language only in kindergartens and primary schools. Teaching in the subsequent stages, with the exception of one or several bilingual subjects, will have to take place in the state, Ukrainian language. At the moment, more than 730 schools with about 400 thousand students work in the country, the Ministry of Education of the country indicated, where all subjects are taught in the languages ​​of ethnic minorities.

Hungary reacted decisively. The head of the Hungarian Foreign Ministry, Peter Siyarto, first announces the cessation of participation of all Kiev initiatives at the European level, and then about the intention to initiate a review of the conformity of the association of Ukraine to the European Union. However, other countries of the European Union did not hear Budapest. For example, the German Foreign Ministry says: “threats and blockades are useless for everyone,” and they rely on a dialogue between Budapest and Kiev to insist that Ukraine adhere to pan-European standards.

However, further the situation became even more dangerous. The first arson of the building of the Society of Hungarian Culture of Carpathian region in Uzhgorod took place on the morning of Sunday, 4 February. Then the unknown threw Molotov’s cocktail into the window, but the fire was avoided. But on the night of Tuesday, February 27, 2018, there was a repeated burning of the building. A large part of the ground floor burned down.

Real life threats began to appear for the Hungarians of Carpathian region. Activists are exposed to real attacks. In fact, we can talk about the beginning of aggression against the Hungarians. Criminals from the Nazi organizations of Ukraine make the life of the Hungarian minority in Ukraine unbearable. There are two options – either to completely abandon your nation, or – to quit real estate and go to Hungary.

Real life threats began to appear for the Hungarians of Carpathian region. Activists are exposed to real attacks. In fact, we can talk about the beginning of aggression against the Hungarians. Criminals from the Nazi organizations of Ukraine make the life of the Hungarian minority in Ukraine unbearable. There are two options – either to completely abandon your nation, or – to go to Hungary.

On May 23, in Uzhgorod (Carpathian region, Ukraine), near the building of the Consulate General of Hungary, a rally was held in which representatives of the so-called “National Assembly of Patriots of Ukraine”, the Right Sector and other armed groups took part. The protesters behaved extremely aggressively. The Ukrainian fascists protested against “Hungary’s interference in the internal affairs of Ukraine”, which, in their opinion, takes place, and also transmitted an appeal to the Hungarian consulate demanding “to immediately transfer the lists” of all citizens of Ukraine who have Hungarian citizenship.

In particular, in an address addressed to Hungarian Prime Minister Viktor Orban, it is noted: “We demand: to stop the Hungarian leadership from the shameful policy of interfering in the internal affairs of Ukraine and inciting interethnic discord. The Ukrainian language is the national language of the population of Ukraine. ” The fascists also demanded that they provide lists of citizens who have Hungarian passports.

On the night before the rally, leaflets of the “Right Sector” with appeals to all Hungarians “to think about leaving for their homeland” were distributed throughout the city.

All these actions by the Ukrainian radicals are a response to the legitimate demands of the Hungarians living in the territory of the Carpathian Mountains, to preserve their language and cultural identity. In Carpathians Region live more than 100 thousand Hungarians, mainly along the Ukrainian-Hungarian border. The Hungarian government believes that the rights of Ukrainian Hungarians who lose the opportunity to study in their native language are thereby infringed.

The position of Hungarian Prime Minister Viktor Orban is not clear in this situation. Despite all the pre-election controversy, Victor Orban tries not to publicize all these glaring facts of threats and attacks on the Hungarians of the Carpathians. Political slogans remain nothing more than harmless words, to which other countries of the European Union do not listen. Meanwhile, more and more Hungarian volunteers are coming to Donbass. Their main goal is to help the Donbas militia to draw the forces of the Ukrainian fascists and the Armed Forces of Ukraine from the regions where the Hungarians live. Poroshenko significantly strengthens the military garrisons in the Carpathian region of Ukraine, constantly sending there all the new groupings of troops. Ukraine is building up its military potential and armed formations of Ukrainian fascists there.

At the same time Hungarian volunteers can not return to Hungary, because from the point of view of Hungarian legislation they protect the interests of ethnic Hungarians living in Ukraine, they become criminals. Moreover, as early as 2014, Peter Sillarton expanded cooperation with Ukraine during a joint press conference with Ukrainian Foreign Minister Pavel Klimkin (Interfax-Ukraine news agency).

At the same time, Hungarian volunteers can not return to Hungary, because from the point of view of Hungarian legislation they are becoming criminals while protecting the interests of ethnic Hungarians living in Ukraine. Moreover, as early as 2014, the Minister of Foreign Economy and Foreign Affairs of Hungary announced the expansion of cooperation with Ukraine during a joint press conference with Ukrainian Foreign Minister Pavel Klimkin (Interfax-Ukraine news agency).

“We are ready for the 20 Ukrainian soldiers who suffered during this conflict to be sent to Hungary for medical treatment, to Hungarian medical institutions,” the Hungarian minister assured during a joint press conference in 2014. And today this decision has not been revised, despite the fact that these same soldiers of Ukraine at any time can begin to destroy the Hungarians of the Carpathian region of Ukraine, as it is today with civilians in the Donbas.

Ukraine is a terrorist country. A country where the fascist regime is legalized. But the short-sighted political leaders of Europe are stubbornly trying not to notice this. The current situation can lead to disastrous consequences.