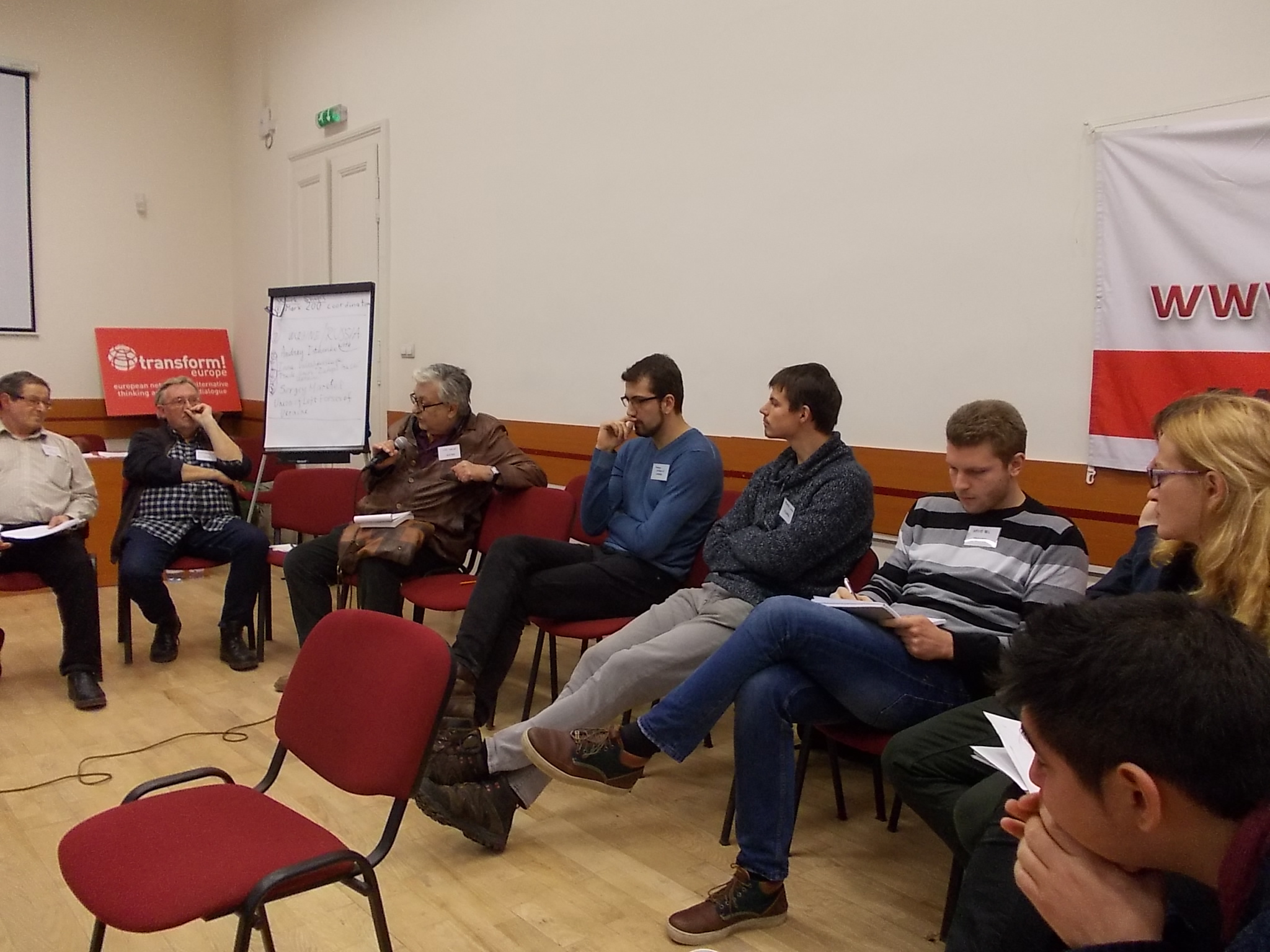 1. Progress in the articulation

Central Europe is a logical buffer zone between Western and Eastern Europe in terms of geography, security, institutional or even cultural, and economical point of view. Today, more than 28 years after the collapse of the socialist regimes in Central and Eastern Europe (CEE), the countries of the region can no longer be treated as “statist” or “in transition”. Though they are all post-socialist countries and their civil society sectors have experienced repressive regimes, different events have influenced them in the recent past. Among them are the Yugoslav Wars, accession to the European Union, ethnic conflicts, right-wing governments that have come into power, and the rising numbers of refugees in 2015.

CEE can be expected to remain a very dynamic region in the years to come. In past decades, the region has often been a magnifying glass for international developments and conflicts that have shaped European civil society in general. Some social challenges that are emergent or still dormant in Western European countries have manifested themselves in CEE earlier and with great force, be it the rise of right-wing parties, a lack of public funding, conflicts with partisan media or the development of informal civil society structures. One might even speculate that 21st-century CEE is sometimes ahead in developments that affect civil society – in terms of challenges as well as potential solutions to overcome them. The term “CEE” covers a wide variety of goals, actors and forms of civil society, institutional environments and development paths. Still other trends are unique to CEE countries and country groups, aligned with specific cultural, economic, social and political realities. In the CEE region we can differentiate at least four groups of countries, namely:

The semi-peripheral and peripheral situation of the CEE region has been intensely hidden in the World Social Fora (WSF) and the European Social Fora (ESF) since the beginning of 2000s, and was proven in the low numbers representation as both for the speakers and the activists. The various left-wing parties of the core countries, circumventing the principles of the WSF Charter, have been hiding behind Civil Society Organisations (CSOs). Large Trade Union confederations of Western Europe and rich non-governmental organizations (NGOs) have dominated the forum processes and the social movements themselves. Already in the middle of 2005, in opposition to the ESF centers (i.e. Florence, Paris and London) it has been formulated in written form that the specific, similar historical experiences and the marginal (very much underrepresented) situation of the CEE make it necessary to organize the social forums (CEESFs), where the more radical speakers and activists of the CEE region should be present in greater (visible) numbers.

The Prague Spring II Network against right wing extremism and populism was constituted during a Conference on the same subject in Prague, March 2010, where delegates from 18 countries from the East and West of Europe decided to coordinate their thoughts and actions to counteract the rise of right wing extremism and populism. In the meantime a lot of activities have developed, but there is a need for more and better conceived actions.

After the dying out of the ESF or more precisely after its termination in 2012, the first CEESF under the title of “Revolt on the Periphery?” was organized by the Prague Spring 2 Network (PS2) and it took place in Vienna Austria on May 2-5, 2013. The Final declaration of 1st CEESF joined the anti-capitalist current of the WSF process.

Due to the dying out of the ESF, the focus of the Western social movements was channelled into the events of the trade union based Alternative Summits (AlterSummit – AS), which are open both to the great European trade union confederations and the left-wing parties (mainly the Party of the European Left). There is no question of disagreement, but the specificity of the CEESFs are still embody some more radical currents of the civil movements of our CEE region.

The 2nd CEESF – the basically anti-capitalist forum – was held in Wroclaw/Poland in March 11-13, 2016 with about 100 participants from 12 countries, including Belarus, Bosnia, Bulgaria, Greece, Hungary, Moldova, Russia, Slovenia, Tunisia, Turkey, Ukraine and the USA. It was initiated by our Polish friends, namely Monika Karbowska and Ewa Groszewska. The explicit goal of that Forum was not only to demonstrate the semi-peripheral status of CEE, but also to develop a much closer cooperation with the other peripheral countries and to strengthen the solidarity. Experiences were exchanged between CEE countries, Southern Europe, North Africa, West Asia and Latin America uniting the periphery against the center. Those having taken part in the Wroclaw Forum collectively reasserted the importance of an anti-capitalist struggle and unanimously called for the dissolution of NATO and an end to militarization. The crisis of neoliberal policies has triggered the resurgence of far right political forces and fascist-like ideologies. Capitalism prefers fascism to the power of the people. The participants have therefore decided to organize a meeting on the issue of refugees in Southern Europe, in either Greece or Italy, in 2016; to hold the next East and Central European Social Forum in Spring 2017 either in Bulgaria or Hungary; to broaden and reinforce cooperation between movements in these countries and in North Africa and Latin America as well.

At the NATO alternative Summit in Warsaw in July 2016 the global peace movement was welcome by Polish social movements to unite against militarization of politics. “Money for the hungry, not for the tanks” was the slogan on the streets of Warsaw. Right to housing, social security and yes to refugees was seen as the road to peace against the growing armament and cooperation between EU and NATO. At the European Food sovereignty meeting in Romania in September 2016 was another important step to unite movements building an historical alliance between peasant and urban health and environmental interests against corporate rule.

The 3rd CEESF (in other words the Assembly of Resistances-in abbreviation: AoR) was held on the first weekend of March 2018 (2-3-4 March) in Hungary. The goal of this 3rd CEESF (Regional AoR) was to shake up and encourage CSOs in the region, and we were trying to bring together anti-systemic organizations and progressive people for our common anti-capitalist struggles. The main organizers of the event were the key players of the “Prague Spring 2 Network”, namely: 1.) Leo Gabriel (Austria), 2.) Hermann Dworczak (Austria), 3.) Tord Björk (Sweden), 4.) Mirek Prokes (Czechia) and 5) Matyas Benyik (Hungary). It is worth mentioning here the Organizers for the [Humgarian] Left (Szervezők a Baloldalért – SZAB) Group, consisting of 7 non-party people, a key figure of SZAB is György Droppa, environmentalist.

The regional AoR was part of WSF 2018 held in Salvador de Bahía/Brazil between 13th and 16 March 2018. ATTAC Hungary being part of the PS2 Network and the Hungarian Social Forum – participated in the meeting Europe in Movement, held in Barcelona on January, 19th-20th. This was a preparatory meeting for popular organizations and movements in Europe towards the International Assembly originally planned to take place in Caracas, Bolivarian Republic of Venezuela, between February, 27th and March 6th.

The lists of organisations, movements, parties and other groups which could be interesting to invite to join the political platform of the International Assembly of the Peoples is in attachments.

2. Actions towards the Assembly of Venezuela

Prior to the Assembly of Venezuela to be held early next year we are ready to organize national or even subregional meetings in order to be properly prepared for the meeting in the coming Venezuela event. In this spirit now we wish to invite for the Leftist Island Festival to be held at Horany/Hungary between 24 and 26 August 2018 the Extended European Secretariat, the parties of the European Left (e.g. Levica, die Linke, Podemos, etc.) as well as some members of foundations (Rosa Luxemburg Stiftung) and Transform Europe Network. The preleminary short program in English with prices and logistical info is attached to this report.

The short program and the invitation to the Leftist Island Festival is going to be sent out by e-mail to the members of Prague Spring II (PS2) Network, the CEESF/AoR, anti-war (No NATO) networks, Hungarian progressive forces (e.g. ATTAC Hungary, Karl Marx Society, Hungarian United Left -MEBAL, European Left Workers Party 2006, Párbeszéd -Dialogue Party, Left wing of the Hungarian Socialist Party, Eszmélet – Conciousness Quarterly, etc.) in order to present the progress of the construction of the International Assembly and to engage them as well as to expand the political platform.

We are ready to hold further sub-regional one or two days meeting (max. with 80 participants) in Budapest this automn (in October-November) in order to introduce new organisations, movements, parties, etc. to the political platform of the International Assembly, provided financial help can be secured (roughly about EUR 3-4 thousand). In this letter case we need to clarify the exact date, the number of participants/country, etc.